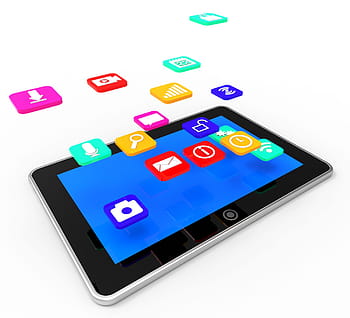 What Is Mobile App Testing?

Android & iOS are the most popular mobile OS. There are millions of applications build for these platforms that need to be tested. a little over 200 billion apps were downloaded worldwide in 2019.

How can we ensure that each element, page, and feature of your mobile app is working as per the requirement here's where mobile app testing steps in.

In such high competency ratio, you have to be sure that apart from offering something innovative and interesting to your customers your application should also be free from any glitches. Hence, mobile app testing becomes very important.

What are Mobile application testing essentials?

There are a few specifics that you should consider before performing mobile application testing:

The type of mobile app you are testing plays a very important role in defining the testing process. They are largely categorized into three different types:

Strategizing your testing efforts can help carrying out testing in a streamlined manner thus increasing its efficiency and effectiveness.

Selection of the device

Testing on a real device is always the best decision for your mobile app testing. It gives the highest accuracy. But, with markets flooded with hundreds of various brands and various models of mobiles, selecting the most appropriate one for your testing is a challenging task.

Below are some pointers that can help you with the selection of the devices:

Web Testing and App Testing has always been an important part of the overall development process. Testing involves finding and solving bugs – be it identifying glitches in navigation, issues with signup forms, breaks in payment processing or just a simple difference in font size. However, testing can ensure that every change does not break the user experience across different devices.

A key part of having a robust testing process is the devices on which the test is being run. A thorough testing procedure can also generate a variance in its results when performed on different devices. Thus, the significance of the testing device is paramount. The significance is even greater for testing on mobile devices, given the variety of devices, with different operating systems, browsers and hardware configuration.

As the technology has evolved with time, testing too saw its share of advancements in the form of various mobile testing device solutions that emerged. These mobile testing solutions were built in order to support cross browser testing of websites and mobile app testing on different mobile phones by analyzing the application’s behavior, function and UI aspects.

The main reason for this kind of testing is to ensure consistent behavior of the website and app on different mobile devices. Since these devices differ by hardware configuration, operating system and screen resolution, what might work in a certain way on one of the devices could vary for the other.

There are mainly two types of devices on which mobile testing is conducted:

What is a Real Device?

Real testing devices are the various models of mobile handsets that are used to run the website or app in order to test its functioning and behavioral patterns. These are actual handsets that the end user would use. Testing teams buy a couple of mobile handsets each with iOS, Blackberry, Android phones, tablets and iPads to test their software applications.

Although the results generated by testing on real devices are highly accurate, the cost of testing is on a higher side, as the company has to buy multiple devices and has to update them from time to time as new devices hit the market.

What is a Virtual Testing Device?

A Virtual Testing Device is a software program on the computer, that provides simulation for most of the important features of an actual smartphone device. It mimics the nature of the smartphone, which helps the testers to run the software application on it to get an idea about how it would run on the designated real device.

Although virtual testing devices happen to mimic the devices and are cost-efficient, it cannot replace real devices due to accuracy and reliability factors.

There are two types of virtual testing devices:

ISA is the set of instructions that are written in Machine Language by each of the processor families, which they use to build their own device configuration depicting the functionality and behavior of the device.

By translating the ISA of the target mobile device into your computer, you can mimic the way your target device works, forming a virtual environment for testing.

Android emulator, Galaxy emulator and iPhone emulator are some of the widely used emulators for software testing.

A simulator is a software that helps your computer run certain programs built for a different Operating System. They are mostly meant for iPhone and iPad devices, unlike Android devices that can be emulated easily.

The iOS simulators mimic iOS and run the required application inside it, by sitting on top of the computer’s Operating System.

The beginning of mobile testing takes place from Documentation testing -preparatory stage. Even before the development of the app starts the testers are handed over screen layouts, navigational charts, and other requirements that are obscure on the design.

In this phase, you need to analyze the requirements for wholeness and discrepancy. All the discrepancies found in this stage are required to be resolved before the development begins

It helps you test whether your mobile application works as expected and in accordance to the requirement specifications. While you are performing functional testing for your app keeps the following factors in mind.

It helps you test whether your mobile application works as expected and in accordance to the requirement specifications. While you are performing functional testing for your app keeps the following factors in mind:

The basic validations that you need to test in functional testing are:

Usability testing ensures that your application offers convenient browsing to your customers and match the industry standards. It promises fast and easy-to-use applications. Usability of your application is judged based on these basic three criteria:

Compatibility testing can be further divided into:

Device Configuration testing:  Testing your mobile application compatibility on different devices based on

Performance testing helps you test your application reaction and constancy under the specific workload.

Security testing validates the security features of your application. It also analyzes the risks of application hackers, protection, viruses, and unauthorized access to extremely sensitive data.

Recovery testing tests the ability of your application to withstand and successfully recover from possible and potential failures caused by software issues, hardware failures, or communication problems.

when complete testing is done, you might find some bugs, resulting in a certain piece of code to change to eliminate those bugs. After these code changes you again need to carry out a round of testing. This basically includes:

Your business needs something more than just a testing service provider 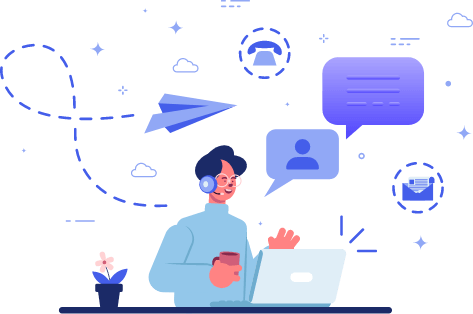